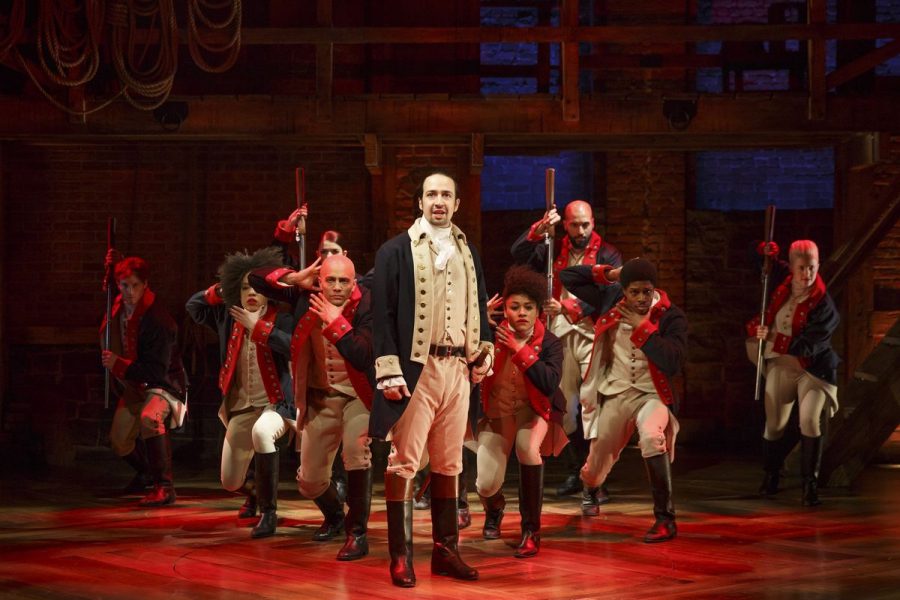 It was a normal Monday morning at Carmel Catholic High School, with students sleepily trudging through the halls after waking up an hour before. Well… the day was normal until Father Christian stood on top of a table and started to sing a musical song.

“Alright! Alright! That’s what I’m talkin’ about! Now everyone, give it up for our awesome pastor, Father Christian!” sing-speaks Ms. Borrino. Everyone who has either watched or heard of Hamilton starts to laugh, joining into the song.

“I toast to the groom,” Father Christian sings, raising up his Carmel water bottle as a prop. The students, freshmen to seniors alike, echo him as the song goes on. “To the bride!”

“TO THE BRIDE!” everyone shouts.

“From your pastor Father Christian, who’s always by your side. To the union!”

“To the hope that you provide, and may you always always be satisfied,” Father Christian closes. The music switches from Hamilton to renowned Les Misérables.

“Singing the song of early starts,” the students, especially those who love the musical Les Miserablés, sing.

“Will you give all you can give so that our banner may advance? Some will fall and some will live. Will you stand up and take your chance?” Father Christian sings solo, and the students watching this take a deep breath, ready to belt out the next lyric.

“THE BLOOD OF THE MARTYRS WILL WATER THE MEADOWS OF FRANCE!”

“Will you join in our crusade? Who will be strong and stand with me? Beyond the barricade is there a world you long to see? Then join in the fight that will give you the right to be FREEE!” everyone sings, except for the people who don’t know Les Mis. The drama students stand on top of their desks as if they were actually starting a revolution and making a barricade.

“We’re all in this together!” The music abruptly shifts from revolution to cheery, happy music.

“Once we know that we are, we’re all stars and we see that!” Father Christian sings—on his own—as the students laugh at the oddity that is a flash mob. In the middle of Carmel Catholic High School.

“We’re all in this together and it shows. When we stand hand in hand, make our dreams come true.” Everyone sings the lines, as High School Musical is an icon.

Father Christian stretches as he turns off his alarm, sighing. “Well, that was a very interesting dream,” he says to the ceiling. “I wish we could actually do it.” Alas, the flash mob has never happened yet, still caught in Father Christian’s subconsciousness.

“Satisfied” from Hamilton
“Do You Hear the People Sing?” from Les Misérables
“We’re All in This Together” from High School Musical