Democracy Under Strife, The Capitol Besieged 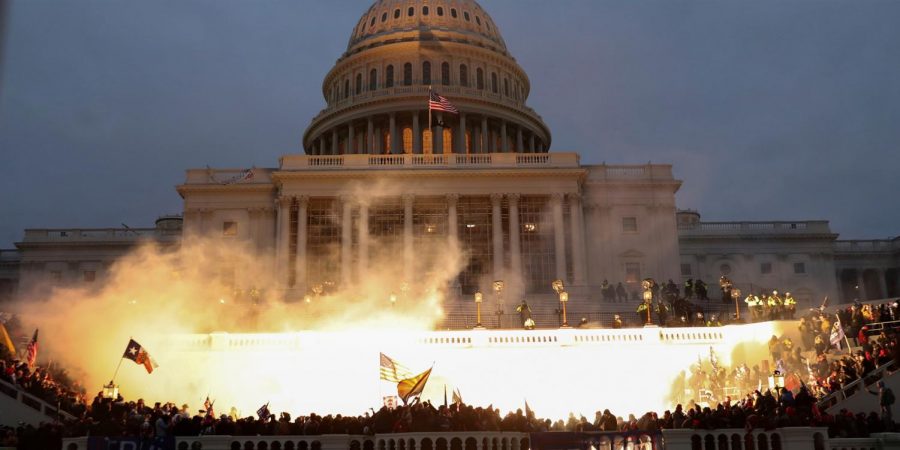 Leah Millis, a photographer for Reuters, was on hand Wednesday to capture the chaos at the Capitol.

All views expressed in this article are purely my own and do not represent the views of Carmel Catholic, Carmel Crossroads, or any other individual or entity.

As the new year came to pass, many hoped that 2021 would be better. Many thought that the series of unprecedented events that had befallen the world would cease and things would regress back to ‘normal’. However, that hope was sorely ruined on Wednesday the 7th for many. The United States Capitol building was breached by riotous insurrectionists whilst a joint-session was underway to affirm the results of the Electoral College. Like many, I thought we had left the word unprecedented in 2020, but alas, it has resurrected with a vengeance. In the history of the union, the Capitol has been breached only twice: during the war of 1812 by the British and Wednesday January 7th by riotous insurrectionists.

Make no mistake, this mob was incited by sitting President Donald Tump. His tweet from December 19th reads eerily clear in hindsight,  “…Big protest in D.C. on January 6th. Be there, will be wild!” Of course, one tweet did not cause all of this. Another unprecedented series of events perpetuated by the President did. The President, like any other before him, has spewed baseless accusations that the election was stolen from him and encouraged his followers to ‘Stop The Steal’ among other things. The clearly coated and dog whistle laden language on December 19th is just the culmination of the toxic rhetoric that he and his team have spewed since he lost the election in November. In the aftermath of the insurrection at the Capitol, 4 lay dead, 2 explosive devices were disarmed in Washington DC, state Capitols were also swarmed to a lesser extent, and 5,100 national guardsmen now occupy the Capitol until after the Inauguration and festivities have been completed safely.

Doubling down on his conspiracies, the President’s now deleted response video to the insurrection spent the majority of it’s runtime reiterating that the election ‘was stolen’ and he told the rioters that they were special and that he loved them. Tripling down, in the aftermath of the riot and after the Capitol was retaken, Trump tweeted that the rioters need to leave but that they leave in peace and love after claiming that this is what happens when an election is stolen.

While this act of insurrection has exposed many things wrong with the President, his views, the security of the Capitol, and many other things, I think it is a good time to examine the culpability regarding the attempted siege. The popular Republican viewpoint, prior to yesterday, was to simply woo and coddle the President, letting him espouse his un-democratic assertions in hope that he will fade into obscurity on January 20th. However insane this idea was, it was miscalculated in a few crucial areas. When the rhetoric the President is espousing seeks the overturn of a FAIR and FREE election, such humor should not be granted. Social media and the news media granted him latitude and allowed him to spread his blatantly false and dangerous messages. Elected representatives of the people played into his stunt and ascribed themselves to objections to the results of the election and fueled the fire. All of the people; his loyalists, his officials, his followers, knew the logical end of where things were headed and knew the implications of their continued support of an egotistical man seeking to overturn a vote that did not go his way.

So, yes, while the siege of the Capitol building was unprecedented, brazen, and near lunacy to imagine just 4-5 years ago, it came as little surprise after four years of President Trump.

Democracy itself was attacked and the attempts to quash the voice of the people that has been duly recorded from the 2020 Presidential Election still rage. We must be on guard more, now than ever, to protect the blessings of liberty and democracy for ourselves and our posterity.

(The CNN live footage from that day as well via YouTube)