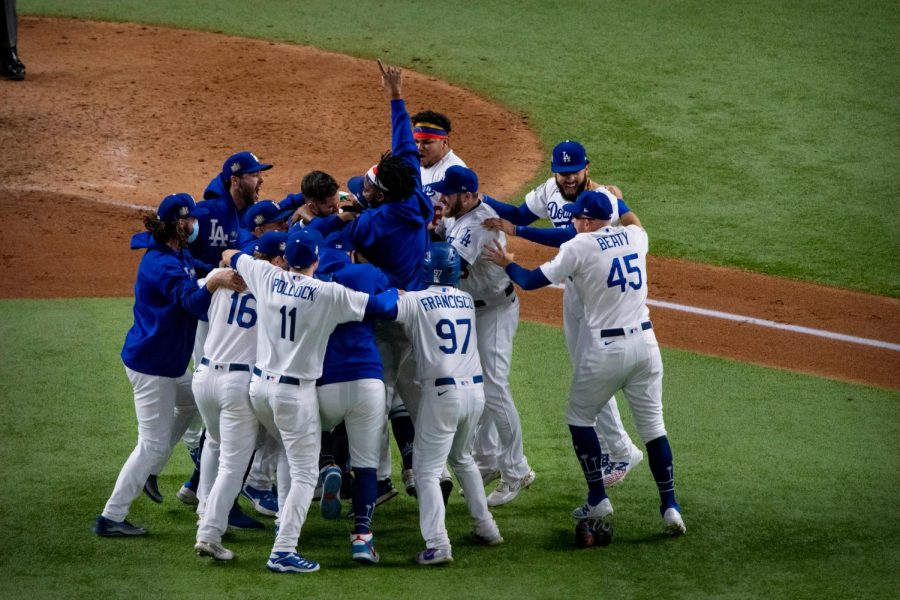 Dodgers players celebrate after the final out.

On Tuesday, October 27, the Los Angeles Dodgers defeated the Tampa Bay Rays in the sixth game of the World Series at a score of three to one, becoming the 2020 world series champions.

After the Dodgers lost the World Series in both the 2017 and 2018 seasons and lost to the Nationals in the 2019 NLD, 2020 was finally the year where they would win it all.

The Dodgers had the best record in all of baseball during the 2020 season. The MVP of the series was Corey Seager, who had many key hits necessary for the Dodgers to win against the Rays. Seager had a batting average of 400 throughout the series. Seager completed the series with five RBI’s and an OBS of .556.

Another key player was starting pitcher Clayton Kershaw who started two games over the course of the series and won both. Kershaw pitched five games in total with an ERA of 2.93.

This World Series win was the Dodgers first title since 1988. A lot has changed within the organization since their last victory, from many heartbreaking losses and eliminations to finally winning the World Series in 2020.