Many students have taken different paths of education to end up at Carmel.

Whether they’ve attended four separate schools or a Waldorf or a Montessori school, these students have all gone on uncommon paths to get where they are today.

Senior Riley Moran went to four schools prior to Carmel. Moran attended St. Gilbert, St. Anastasia, Our Lady of Humility and Fremont. Moran said she changed schools for different reasons, whether it was moving to another school district or leaving because she preferred another.  This resulted in what seemed like a constant change of schools.

“Going to so many different schools had its ups and downs,” Moran said.

One of the downs was adjusting to each school, especially when it came to making new friends at each school. Moran was never at the same school for more than three years, so keeping the same friends for long periods of time wasn’t easy once she left school.

“Although I was able to meet so many people, adjusting to the new environments never seemed to get easier,” Moran said. “There were always some challenges in getting to know the school that seemed to present themselves within the first couple of weeks. In all, it was just difficult to leave people behind.”

Although there were some negatives to going to so many schools, there was never a shortage of making new friends.

Since each school had its differences, Moran said she learned a lot. She said she enjoyed Fremont the most,

“My best year of education was at Fremont,” Moran said. When comparing public to private school Moran said, “Other than the lack of religion classes or school masses, the public school ran similar to the Catholic schools I attended prior. I did enjoy not having to wear a uniform for a year, though.”

“Overall, I feel being in so many different environments throughout my schooling better prepared me for the transition into high school,” Moran said.

Senior Iris Michael attended a Waldorf school. Waldorf is a teaching strategy that focuses on creating a well-rounded student. Other than academics, the Waldorf school highlights physical education, art, music, and social and emotional education in a smaller setting.

“Our class sizes were extremely small, which allowed really specific lessons and the opportunity to get help from teachers,” Michael said. “The size also made us all more like an extended family than just classmates.”

Michael said there were downsides to having such small classes. Being with so few kids created challenges when it came to getting along.

“Since there were only about twenty kids in the upper grades (middle school) we all had to find a way to get along,”.

Waldorf focused on self-expression and truths in nature. Their goal is for kids to grow together in community.

“Waldorf taught me creativity, which has allowed me flexibility in solving any problems I did face at Carmel,”

Sophomore Christian Noble went to a Montessori school. This educational method focuses on hands-on learning as well as self-directed activity. The goal is for children to make creative choices in their learning on their own time.

Montessori schools want to leave a lasting impact. Not just on the education of the students now but for their future. They want students to be productive throughout their lives.

“Montessori leaned toward the focus of preparing for the future, as we were in charge of our own markets and income and raising money to go on school field trips and buying supplies that were needed for the school,” Noble said. “We also had roles in the school, such as making lunch and cleaning up the place at the end of the day.”

Students learn to make decisions based on what they are interested in and what supplies are available. 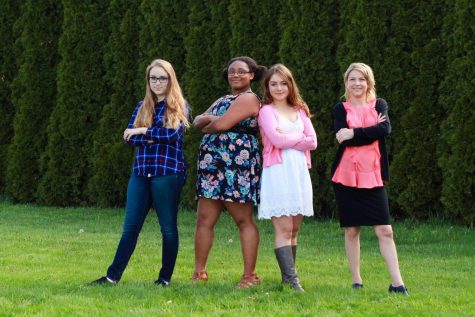