How to give gifts without producing waste 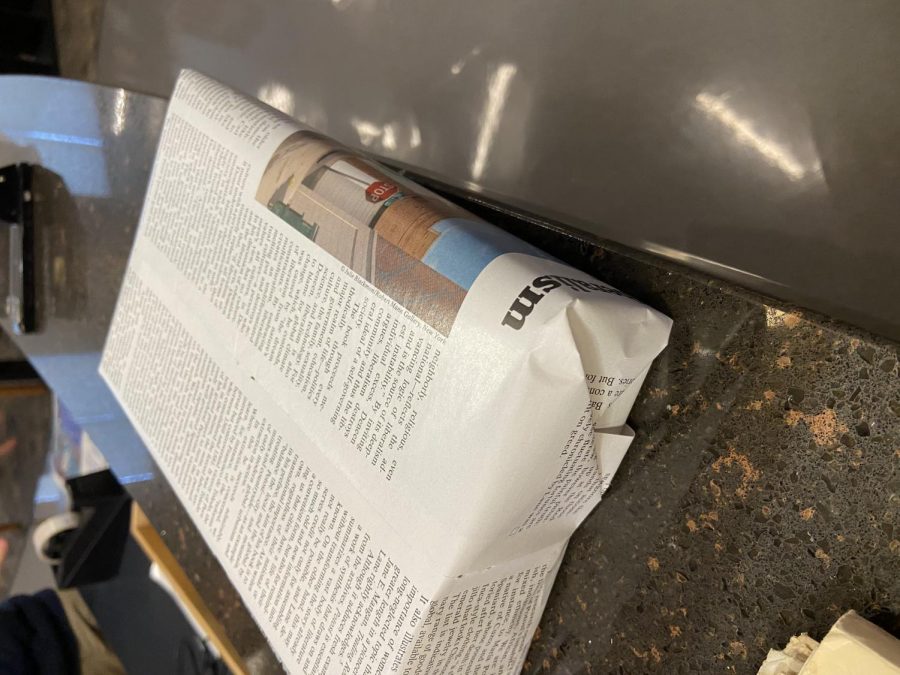 It’s Christmas morning, kids wake up to go down stairs and look at the beautifully wrapped gifts under the artificial tree. The most popular toy of the year is wrapped securely in plastic and cardboard, which eventually ends up in the trash. During the Thanksgiving and New Years holiday time period, people will generate seven million pounds of waste, according to Stanford University. Americans throw away 25% more trash during the holidays, equaling to 25 million tons of garbage or about 1 million tons per week.

Over 50,000 trees are used to make wrapping paper in the United States alone according to 4ocean, a company that focuses on cleaning the ocean. Instead of using wrapping paper, reusable or recyclable materials can be used. People could use brown paper bags or beeswax wrap to reduce the use of wrapping paper, and both are recyclable.

It’s not just the wrapping paper that’s bad for the environment when it comes to wrapping presents. Some people decorate their gifts with ribbons for extra decoration on top of the paper…so much so, that if every family reused two feet of holiday ribbon, the 38,000 miles of ribbon saved could tie a bow around the entire planet. An alternative to using ribbon, if you don’t want to reuse last year’s, is using natural materials like flowers to add holiday decor instead of traditional plastic bows and ribbons.

However, there is more to holiday waste than decor. Some gifts that people give are covered in zip ties, cardboard, rubber bands, and hard plastic which might end up in the trash. In order to produce less waste, give simpler. Instead of getting multiple small gifts, get one or two that you know the gift receiver would really want. Maybe instead of an item, try giving an “experience” like concert tickets, painting, cooking, or dance lessons. During the holidays, friends and family give and receive, to show they love each other. Now more and more people are starting to show their love for their environment as well by giving environmentally friendly gifts.