The road to recovery 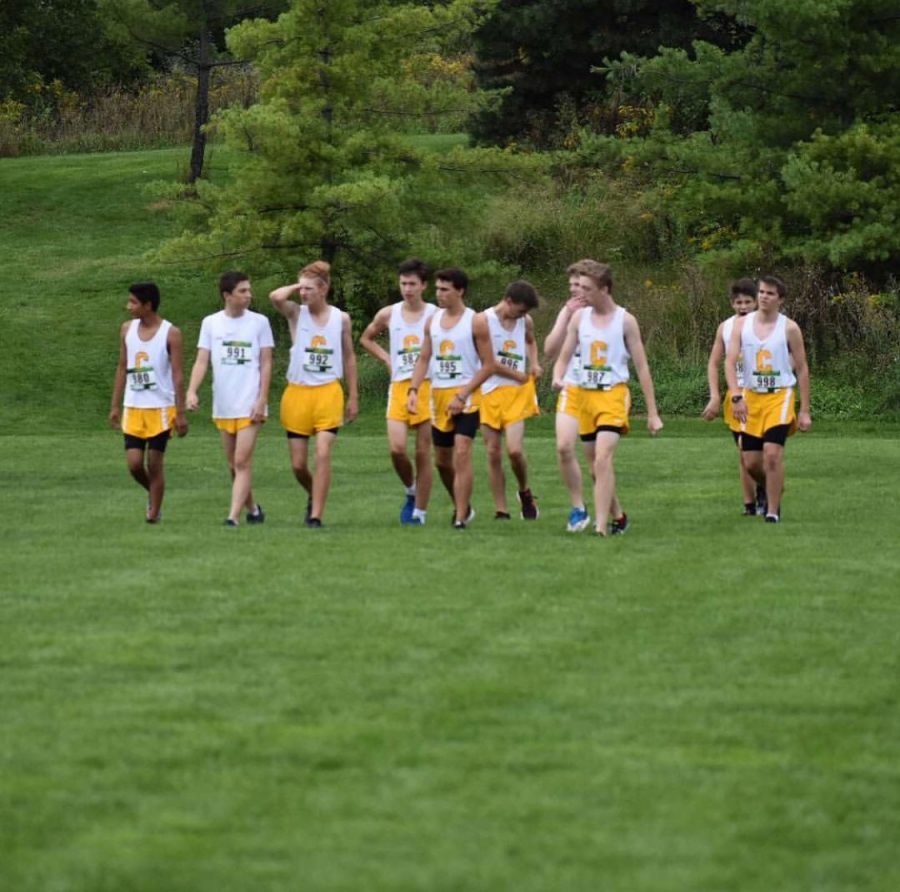 Steiber with his team.

Junior Christian Steiber found himself lying on the field in pain, waiting for someone to come to his rescue just to alleviate the pain from the injury that has just occurred.

During his freshman year playing football, Steiber suffered a fracture to his L4 vertebrae in his back, basically leaving his back in two parts. His doctor said that over time, his back would heal and that he would be able to play all of his favorite sports just like he always did.

Unfortunately for Steiber, it never healed properly, and last year when Steiber pushed himself too hard running, he refractured and destroyed the healing had been done

“There is a pain all day every day,” Steiber said, “but I want to be a part of the team, so I ride my bike with them [during conditioning] so I can still participate.”

Many of his teammates support this determination to be a part of the team and to improve himself, even while he is going to physical therapy and participating in practices.

“It takes a lot to do what he is doing and to still want to participate and go to practices while you are injured,” senior Andrew White said, “but Christian has that determination to always push himself to do better.”

Every day Steiber shows up to his practices, and while he may be in tons of pain, he does his best to keep a smile on his face and be a part of the sport he loves.

“When I’m out there with my teammates, the pain becomes less of a problem, and I’m able to be a part of a team I love.”