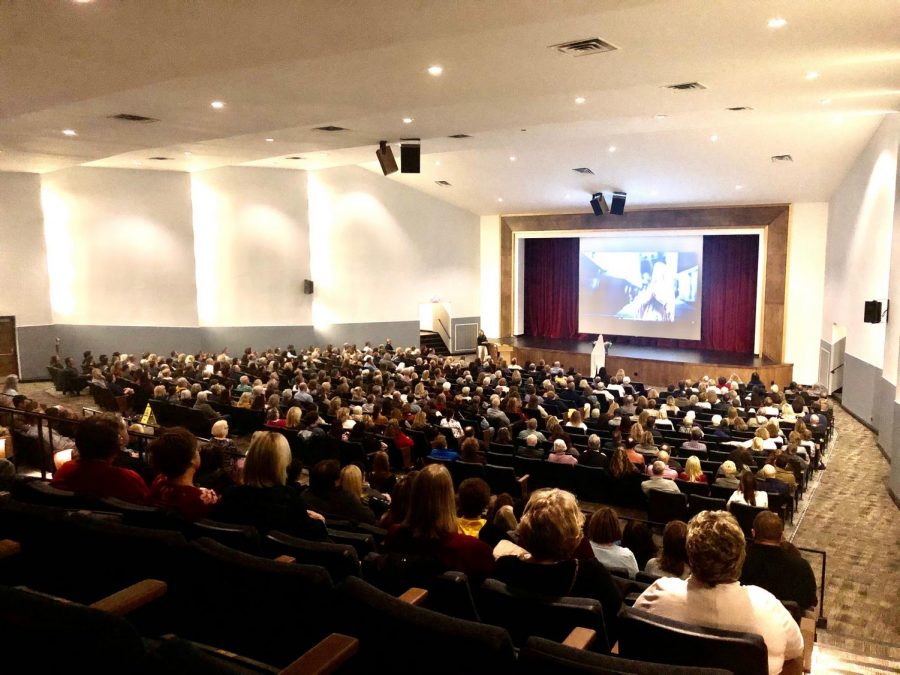 Miracles happen every day. Most of the time we don’t seem to notice them, but for radio personality Kevin Matthews, the miracles happened to be very clear.

In November of 2011, Matthews was driving in his car when he suddenly felt called to buy his wife flowers. When he pulled into the shop parking lot he noticed a dumpster. He felt that there was something over by the dumpster calling to him, so he walked over. He then found a broken statue of Our Mother Mary sitting outside the dump.

“The way he tells the story is he said he heard a voice that said to him, ‘Will you deny my mother?’” Campus Minister Kambra French said.

Matthews took it as a sign to do God’s will, and took the broken statue of our mother, Mary.

“What Kevin Matthews says is that, ‘There are no coincidences’,” French said. “‘The things that seem amazing, are ways that God is talking to us’”.

God talks to us in many different forms. Whether it’s in the form of a new friend or a new opportunity, he connects to us in ways that mean the most to us. For one woman, this miracle meant a lot.

“There was this one woman who was there who was dating a man. She and her boyfriend got into a terrible car accident and he ended up dying,” French said. “As she was sitting, listening to Kevin Matthews, she realized that the day her boyfriend died, was on the feast of Our Lady of Fatima. She just felt tremendously embraced by the love of Mary in that moment.”

We are given Mary’s love every day, even if we don’t realize it. Her love is one of the miracles deep in our hearts that keep us closer to God in our everyday lives.

“Everybody has a story of feeling broken,” French said. “The idea of Mary who is the mother of her broken children, wants us to know she loves us every day and that is, in itself, a beautiful miracle we can receive.”

Carmel brought Matthews in not so we could hear about his experience, but so we can learn more about the mysteries of our faith through what he had gone through.  The Spiritus Speaker series is an ongoing program at Carmel. There will be speakers multiple times each year that are meant to help us think and dialogue about our faith. The next Spiritus speaker is on February 13; all are welcome.