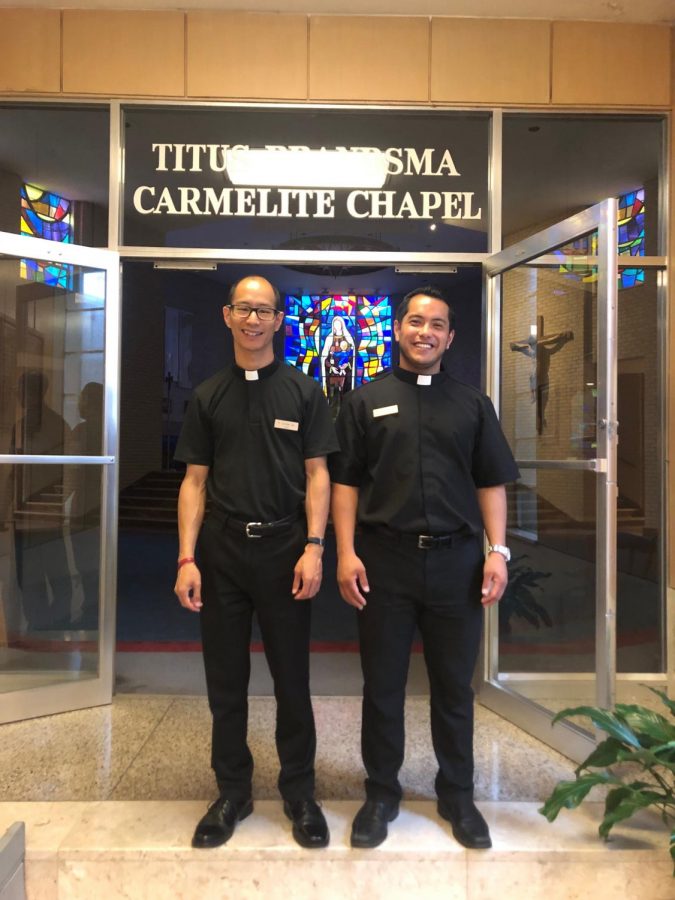 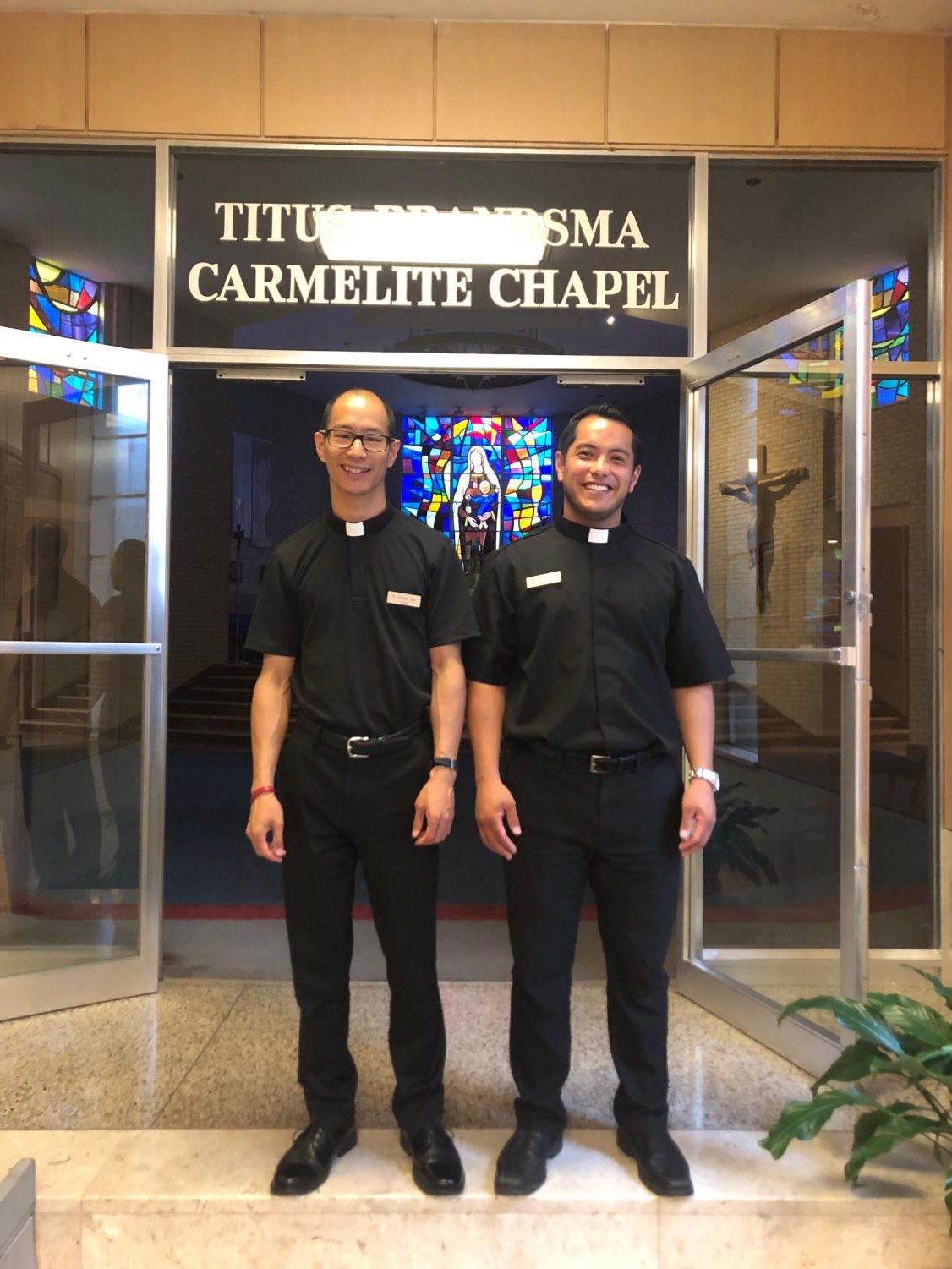 Alcantara grew up in Portage, Indiana while Shiu grew up in Chicago. Shiu was not raised Catholic, he said, but attended Catholic elementary school, St. Therese in Chicago.  Before becoming a priest Shiu wanted to become a police officer.

“I’ve always known I wanted to do something to help people” Shiu said, “so I thought of being a law enforcement officer.”

Shiu later attended DePaul University in Chicago. While a junior at DePaul, Shiu started to question his calling.

“Being in a Catholic environment again made me want to learn more about the faith,” Shiu said, “During my junior year I felt as though something was missing from my life.” Shiu found his calling through one-on-one prayer.

Alcantara said he grew up wanting to become a successful businessman. He attended the Kelley School of Business at the University of Indiana. When he graduated, Alcantara worked in commercial real estate banking for a year. Then he started to deepen his understanding of the church by going to daily mass, adoration, and paying closer attention to the poor in the streets.

“It was then that I realized that perhaps God might not be calling me to just be a rich, philanthropic businessmen,” Alcantara said, “but to serve others in a different capacity.”

Both attended Mundelein Seminary when studying for priesthood. Both are looking forward to serving and meeting all of the Carmel community.

When asked what they are looking forward to at Carmel Alcantara said, “I think there’s a lot of fun to be had this year while learning more about ourselves and seeing where God is at work in our lives.”

Shiu said “All of you inspire me in many ways. There are certainly signs of the Holy Spirit at work here.”