Erin Pye dominates the net in an all-boys league

Freshman Erin Pye has been playing in an all-boys hockey league for about nine years. 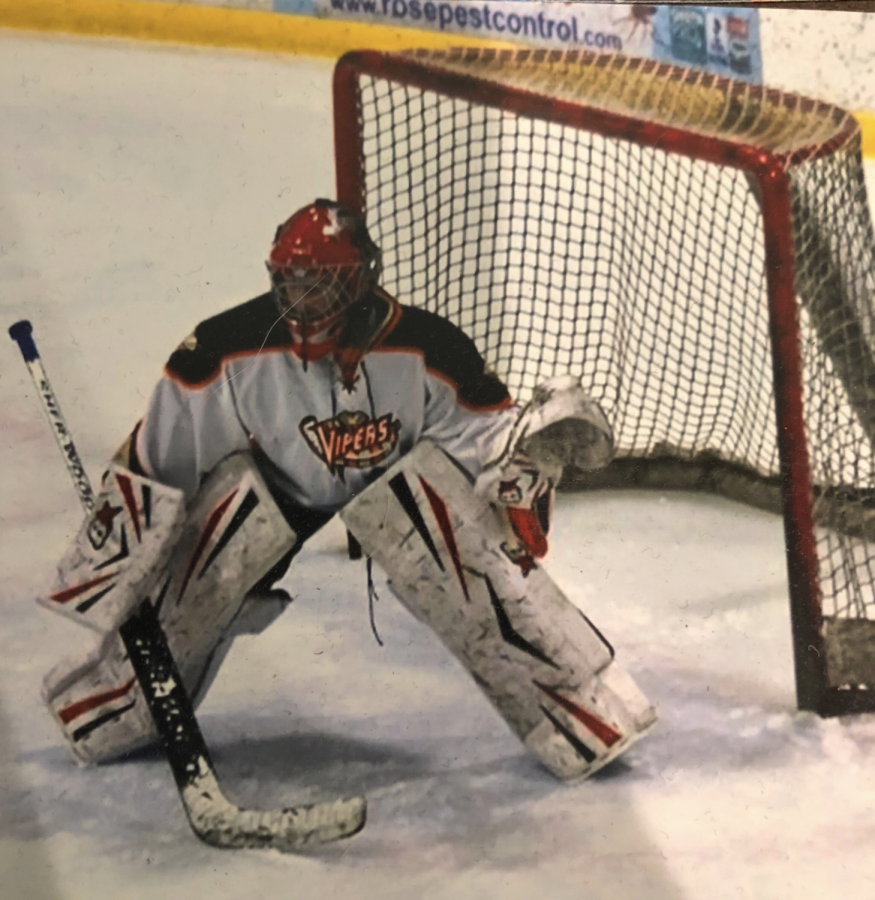 From the age of three, Erin Pye has been playing hockey for an all-boys team. Her first team, the Maulers, was also her first team with only boys.

“I love playing with only boys because I can show everyone that girls can compete at a competitive level,” Pye said. “It makes me a better hockey player in general.”

Pye continues to improve during every practice and every game with her team, the Vipers.

“The team I play for now was very accepting of me. I had expected them to be upset they had to play with a girl,” Pye said. “But they were all down for it and just figured that if I had made it, I was good enough to play with them.”

Pye said that her teammates have been nothing but nice to her since she starting playing.

But her team isn’t the only one supporting her.

“She has gotten better as a person, made so many friends and really stepped up her game,” Erin’s brother, sophomore Aidan Pye said. “She has really improved and I think she can go somewhere like D1 if she keeps at it.”

Pye’s family supports her at all her games and she has made memories with her team and family while playing hockey.

“Currently, my favorite team memory was when we were all at a tournament,” Pye said. “We went out to Steak and Shake just as a team without parents or anything, and we just had a good time. It wasn’t even hockey related.”

Pye said she is very close to all her teammates on a very personal level.

“I don’t exactly know how to explain it, but they understand what I go through and are not afraid to be idiots around me,” Pye said. “I would trust them with my life if it ever needed to come to that.”