Freshman Katie Ingram lives out her passion across the globe. 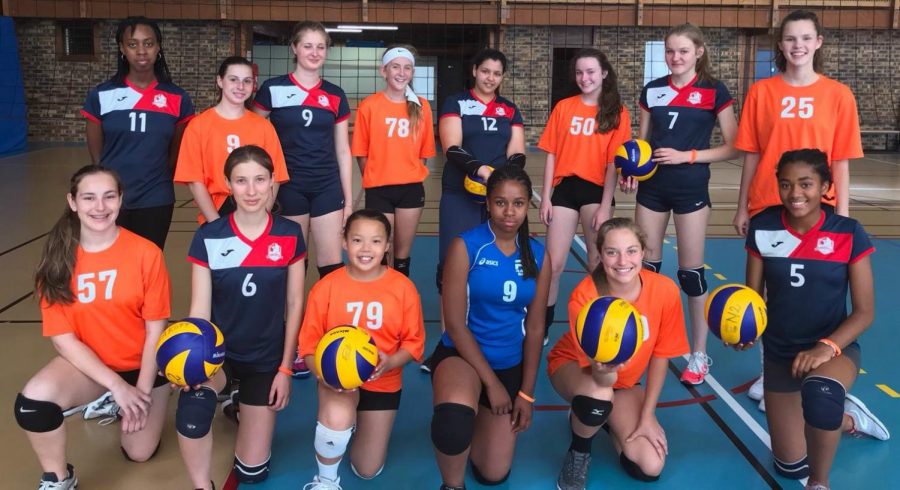 This was the routine for Freshman Katie Ingram.

The 14-year-old setter had just begun the 2018 London Tour, an international summer volleyball program for female teens across the nation.

“Three tournaments, three countries, in two weeks,” Ingram said, “Hours and hours of training, all for this.” How did she get there? By winning…a lot!

“My team and I, won two of the tournaments coming out as first place champs, and we finished second in our last tournament,” Ingram said, “This was a huge deal for me, winning international tournaments.”

Ingram trained and played her first tournament in London, the second in Paris, the third in Barcelona.

“We were a great team, but we definitely had our struggles,” Ingram said.

Ingram had joined a new team, and they had met only a few days before their first tournament. In total, the team had three practices, one before each tournament.

“Our biggest problem was, initially, [we] didn’t have a good bond whatsoever,” Ingram said. “But due to the program, we were able to quickly fix this.” The program included activities outside of volleyball where the team could explore the different countries together.”

“[The team] went on tours and to many popular tourist sites, which inevitably made them closer,” Sandy Ingram, Ingram’s mother, said. “Without that, I doubt they would’ve been as successful.”

Both Ingram and her mother believe that team unity is necessary for any sports team.

“Once we were able to create such a strong bond, we were unstoppable,” Ingram said. “And once we finished our last tournament, I was so, so happy, but so exhausted.”