Change of Art: CCHS Updates its Crest and Logo 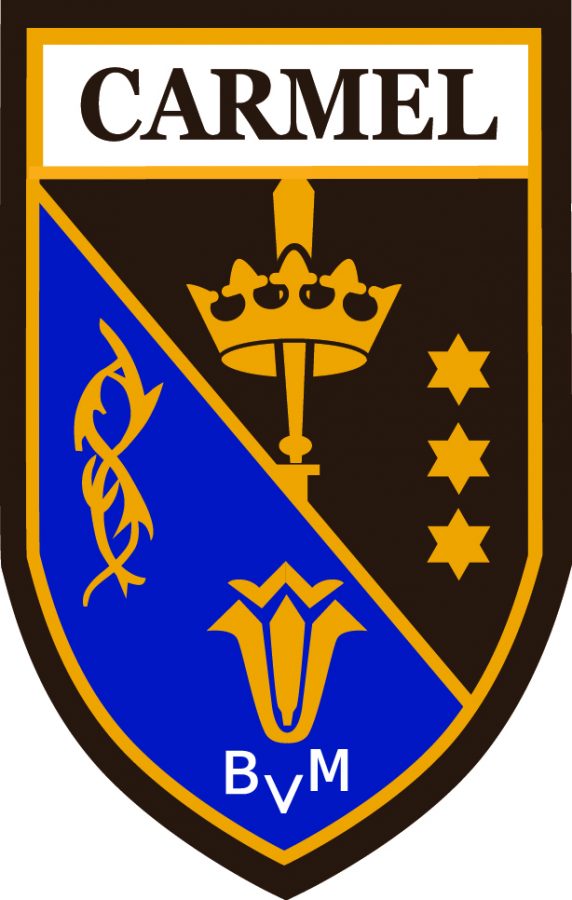 Tradition. A core belief at Carmel Catholic High School. Traditions are ripe in every aspect of Carmel life: from the signature Land’s End uniforms to the roar of “I Send You Out” at the end of mass. But what happens when a tradition changes? 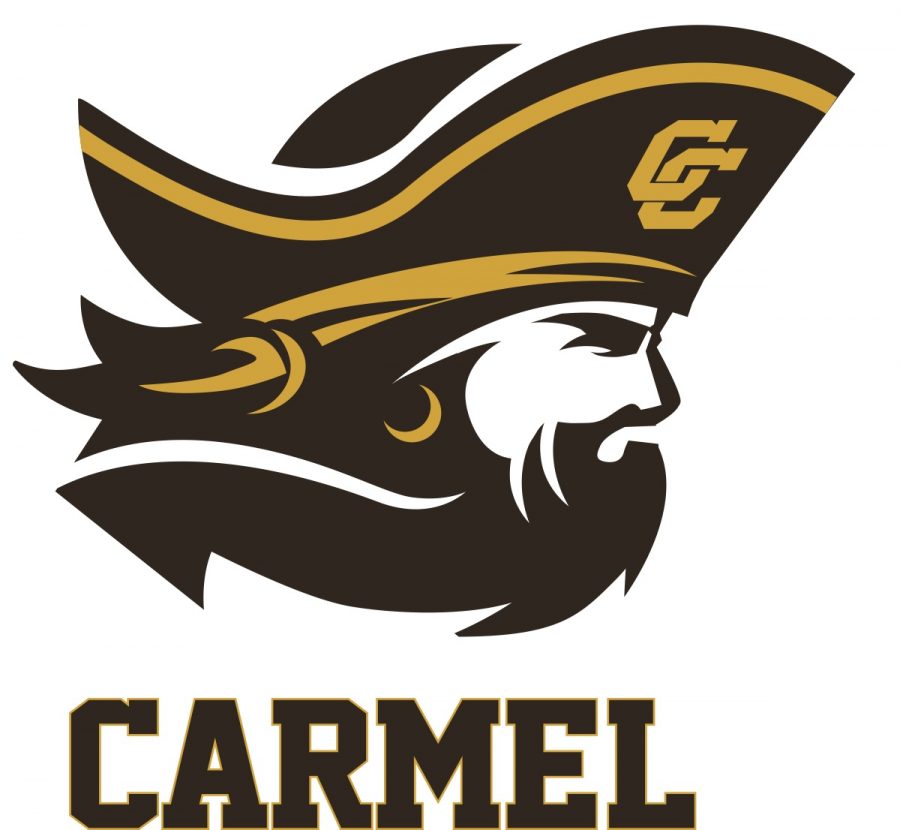 Carmel’s current Corsair logo and crest are in the process of receiving an updated look as Carmel reflects on the past for inspiration.

“If you look at old, traditional families from Europe – Scottish, Irish, German, English – as the years go by, they never change their crest. That crest always stays the same,” Director of Marketing and Communications Christina Puleo said. “So I thought what a great idea to go back to our founding orders and represent them in the updated original crest.”

But it is not solely the crest being remodeled. The current corsair logo will also be retired and replaced with an updated version.

This decision to give Carmel a “facelift” did not happen overnight. Puleo and her team went through a careful design process, generating specific suggestions and beliefs they wanted displayed in the new crest. 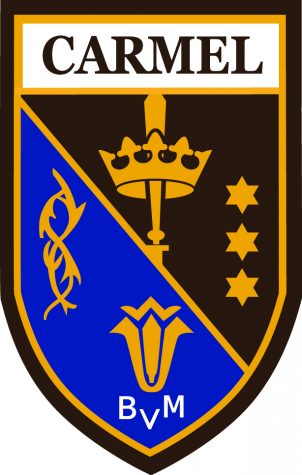 “The original Carmel crest combined elements of both founding orders,” Director of Christian Service Sr. Kathleen Sinclair said. “[The word] Carmel [ran] down the middle diagonally, giving a sense of the two separate schools.” But the two schools united in the 1980’s, so the crest had to be updated as well.

While these updates may be a shock to many Corsairs, the changes will not happen within a short time span. In fact, the updates are going through a gradual implementation in what is referred to as a “soft launch.”

“Instead of rushing in and changing everything and having a very costly exchange of all of our clothing and other items,” Puleo said, “when you do a soft launch we can gauge where we are at the bookstore, and as we sell out we will begin to bring in the new Corsair and the new crest and everything else.”

Because the crest and Corsair logo are such familiar parts of the Carmel building and community, it is easy to forget just how heavily integrated they are.

“If you think of just the etching on our doors when you walk in, the crest is there. If you look at the floor, like in the lounge, or on tables, the corsairs on tables; all of this has to be taken into consideration.

“As you look at our signs as you drive around, you see the little crest in the corner, so we’ll have to change all of the signage,” Puleo said. “So that’s why a soft launch allows you to do it over time, because if we did it all at once it would be very disrupting, I think, to school and faculty. It’s better to do a soft launch.”