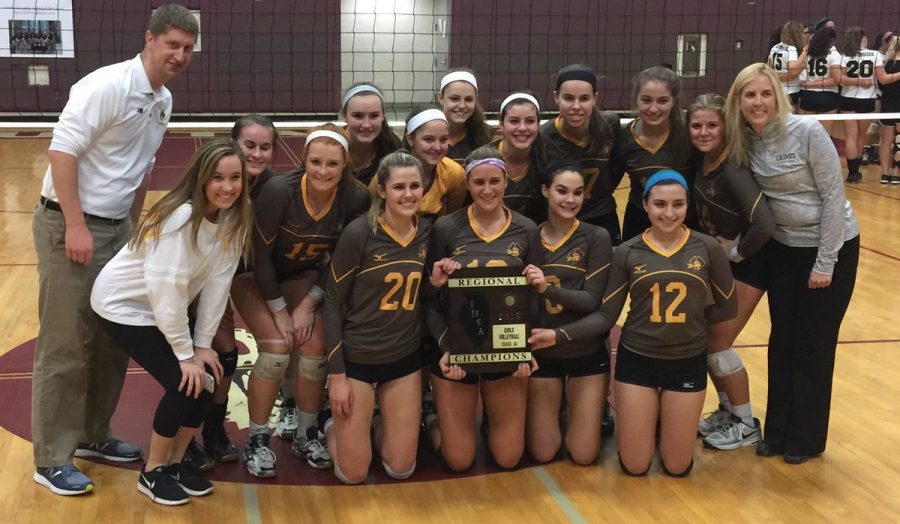 The Carmel girl’s volleyball team is headed to sectionals tonight to take on their biggest rival St. Viator at Woodstock High School.

The team took home a regional title and secured their place in the sectional competition after their win last week at Northside Prep.

Despite their successes, the team has struggled this year as well over half the team–11 girls–graduated last year.

“With only 4 seniors on the team this year, our team is young but very talented and skillful,” head coach David Pazely said. “Our seniors bring the confidence and leadership we need.”

This year’s lineup, with three underclassmen, has had to adjust quickly to the fast pace of the varsity team.

“Our young players have been great for us all year as they have started all season for us and have made key contributions to the team, they are key players.” Pazely said.

But Carmel’s young lineup isn’t the only challenge of this playoff season. The majority of Carmel’s games take place on the road while their opponents for the regional match played at their home court. The games are so far away that Pazely has offered to let student fans ride the bus with the team in hopes of growing the student section.

“Although travel may not be easy,” Pazely said. “our players are used to the grueling travel they have to endure by being prepared and ready to play.”